Christine Duhaime is founder of the Digital Finance Institute, a financial-technology think tank. She is a financial-crime lawyer and anti-money-laundering law specialist.

The strangest thing happened the other week. Someone managed to take (some people say steal) $76-million worth of a digital currency named ether, created on a blockchain called Ethereum – and no one reacted. Not on Bay Street, not on Wall Street. I mention Bay Street because Ethereum was born in Canada, but has since picked up its financial-technology team and relocated to Switzerland.

The $76-million that went missing was part of the investor funds that poured into something called "the DAO," created partly by Ethereum. DAO stands for Distributed Autonomous Organization. For you non-fintechs, the DAO is an anonymous and autonomous public corporation on the blockchain – literally a bit of coding that operates without directors, officers or management. What operates it is a machine.

To raise money, the DAO sold tokens online to investors that were tied to the price of its digital currency. Each DAO token-holder acquired typical shareholder rights, such as the right to vote on corporate matters and to earn corporate dividends. The DAO was really a hedge fund, only decisions on how and where to invest the pooled funds from investors was decided democratically by token-holders casting their votes for investment projects they liked.

The DAO raised more than $200-million by crowdfunding from hundreds of investors in Canada, the United States and the European Union, and broke a world record with the most amount of money ever raised by crowdfunding. Now, just weeks later, much of it is gone.

Ethereum's claim to fame in the blockchain space is the development of something called "smart contracts." They are often touted as legal contracts, enforceable on the blockchain, that will change the practice of law and essentially the entire judicial system by eliminating the need for lawyers to draft contracts and judges to enforce them, since these "smart contracts" can do both better and faster.

A lot of the talk about smart contracts on the blockchain is nonsensical. As a matter of technology, the blockchain can neither draft legal contracts nor administer justice by enforcing them. All the blockchain can do is release or not release a digital currency payment from escrow to a party to fulfill the terms of a contract when a condition precedent is met. That is not contract enforcement – it's the precise opposite. Moreover, it's against the law for technology firms that have not partnered with a lawyer to sell technology to the public that engages the practice of law. Those laws exist to protect the public and the integrity of justice. So even if there was blockchain technology that could deliver legal services to the public, tech firms couldn't do it without sign-off from law societies.

A couple of weeks ago, a DAO token-holder was able to use the smart-contract system to code a "child DAO," a subfund of the main fund, and divert $76-million into his own wallet. He then tweeted that he had diverted the funds after obtaining advice from his lawyer that it was legal for him to do so under the terms of the DAO's smart-contract system. Whether he is right or wrong is irrelevant – what's relevant is the astounding fact that people set up a corporation that, by design, gave token-holders access to the corporation's digital currency reserves, where they could remove $76-million.

Although just weeks old, the DAO is now apparently bankrupt, and there is likely no chance that the $200-million will be returned to investors. Some of the parties involved are going to need those lawyers and judges their smart contracts were supposed to eliminate. In the end, those smart contracts seem pretty dumb after all. 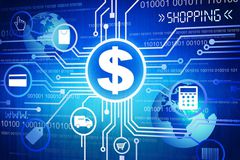 Opinion
Blockchain is a disruption we simply have to embrace 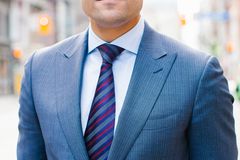 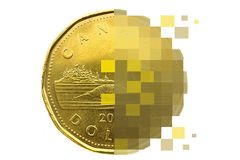