In the newspaper business, it's called coincidental placement – the juxtaposition of two unrelated items in a way that tells a powerful story of its own.

Take last Wednesday's Globe and Mail. Finance Minister Jim Flaherty and Bank of Canada Governor Mark Carney are all over the Report on Business section, fretting that a mortgage price war is duping Canadians into buying homes they can't afford.

Turn the page, and there's a survey of 2,300 corporate executives in Canada and 21 other countries. Their big complaint: a lack of capital to grow and innovate.

Cash is pouring into housing, while businesses are starved for capital. Financial markets seem to be turned upside down, creating dangerously skewed incentives that threaten to knock the economy off stride.

In a perfect world, consumers spend prudently, avoid excess debt and save for retirement.

We similarly want companies to take risks, generate wealth and then share the spoils with their employees and shareholders.

Consumers are borrowing more, even as their incomes stagnate. The result is record household debt and badly overheated housing markets in hot spots such as Toronto and Vancouver. Too many Canadians apparently can't resist sub-3 per cent mortgage rates.

For savers, there's little reason to sock money away. The average GIC is paying a miserly 1 per cent a year. And the TSX often seems riskier than heading to Vegas.

And businesses? They're hoarding cash and running from risk. They need capital, but can't, or won't, borrow.

Perhaps Mr. Carney and Mr. Flaherty should spend a little more time thinking about ways to shift the incentives.

Raising interest rates would surely cool the housing market. But it would also hurt manufacturers and deter business investment. And Mr. Carney insists his main job is to keep inflation in check.

Clearly, what we're doing now isn't working. Look at the past couple of decades in Canada. Ottawa and the provinces have done a lot to make the Canadian economy more competitive. They've deregulated industries, aggressively pursued free trade, cut tax rates, and shifted the tax burden from income and businesses to consumption. And they have poured billions into universities and infrastructure projects.

Orthodox economic theory suggests all these things should have done the trick.

Economist Don Drummond laments in a recent essay that the policies he enthusiastically promoted during a long career at the federal Finance Department and Toronto-Dominion Bank have done little to make the private sector more productive or competitive.

"When one is going down a road for a long time and finally realizes it is a dead end, one might as well back up and see if there is another route there," Mr. Drummond acknowledges in Confessions of a Serial Productivity Researcher, published recently by the Ottawa-based Centre for the Study of Living Standards and based on an earlier lecture.

It's time, Mr. Drummond suggests, for the business community to take a long hard look at its own behaviour. And economists should spend more time exploring the micro, company-level economy, instead of the macro environment, for answers, he says.

Part of the challenge, Mr. Drummond suggests, is company size. Canadian companies tend to be much smaller than global competitors, and small companies are inherently less efficient. That's partly the result of ultra-low small business tax rates that create a perverse disincentive to growing larger. That's just part of the puzzle, of course.

Canada has a lot going for it, including low and stable inflation and manageable government debt levels. But it's apparently not enough.

Instead of lecturing home buyers, Mr. Carney and Mr. Flaherty should take a long hard look at what's happening in the financial services industry. A recent report by the Business Development Bank of Canada says the country's venture capital industry is "broken," crippled by undersized capital pools, a dearth of mid-stage investment, and too few serial entrepreneurs.

Too much lending is flowing to where it's apparently not wanted – housing – and too little to where it's most needed – risk capital. 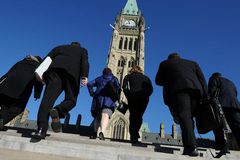 Opinion
Why the IRS crackdown puts Canadian banks in a tight spot
May 9, 2018 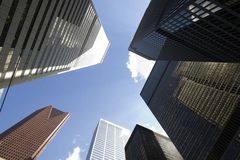