Tom Koch is a Toronto-based medical ethicist and the author of Thieves of Virtue: When Bioethics Stole Medicine.

In medicine, it's important to separate the symptoms from the disease. If one looks simply at the fever, or persistent cough, one misses the underlying problem which, if not treated, will get worse.

From this perspective, the announcement this month that Turing Pharmaceuticals was increasing the price of a single tablet of Daraprim, critical to the treatment of a parasitic infection, to $750 (U.S.) from $13.50, was symptomatic. That Turing's chief executive officer Martin Shkreli has agreed to reduce the price increase – we don't know by how much – leaves the greater problem untouched. Profiteering by companies seeking to maximize the return on necessary drugs is the standard in the industry, not the exception.

Rodelis Therapeutics, for example, raised the price of a 30-day course of Cycloserine, used in the treatment of tuberculosis, from to $10,800 from $500; Marathon Pharmaceuticals increased the price of its cardiac drug Isuprel by 525 per cent. Other drug manufacturers already charge prohibitive fees for critical pharmaceuticals.

The problem behind the pricing of these and other necessary drugs is the manner in which we define medicine and its necessities as "common" goods rather than "transcendental" ones. If medicine and its materials are transcendental – essential to the pursuit of all other things – then countries that insist upon the health and welfare of citizens as a primary responsibility must assure their timely provision for citizens. Common goods, on the other hand, are those that may be left to the market and its mechanisms of distribution and production. What is needed doesn't matter. It's what someone can afford.

Daraprim, and by extension other drugs by other companies, may be essential to the lives of patients, but as common goods their cost is just business and it's simply good business to charge whatever the market can bear.

Since the passage of the 1984 Canada Health Act, Canada has accepted health care in general as a transcendental good, a necessity that must be made available to all citizens. But it has also embraced the market as the appropriate venue for the purchase of necessary medical supplies. So we have a transcendental responsibility lodged in a market economy where suppliers are free to charge whatever they think insurers – and that means provincial governments – will pay.

The problem here is that, as Nobel Prize-winning economist Kenneth Arrow pointed out in the 1960s, health care and its necessities are not particularly amenable to open-market mechanisms. Common goods are best managed when there are easy substitutions and information on different products is widely available. Read Consumer Reports and choose between 15 different washing machines if you're tired of going to the local laundromat. Health care, however, is a limited market in which only some may practise or prescribe, and only some products are allowed. Alternatives are limited or non-existent, production is restricted by patent, and distribution is restricted to certified physicians and pharmacists. The complex chemistry of new drugs makes it impossible for the average patient to make informed choices.

The result is that Adam Smith's "invisible hand" of market regulation necessarily fails and profiteering is the almost inevitable result.

Drug manufacturers insist that high prices are necessary to cover the cost of new drug development and, of course, shareholder expectations. This ignores the fact that almost half of all research monies are either federal or from non-profit agencies dedicated to researching cures for specific diseases (cancer, multiple sclerosis and so on). Think of the more than $600-million (Canadian) raised for cancer research by the Terry Fox Foundation and its annual run.

That said, some of the greatest advances in medicine in the past century were made by researchers whose discoveries were not for profit. Think here of Frederick Banting and Charles Best and the discovery of insulin; Albert Sabin and Jonas Salk and their respective polio vaccines. They assumed medicine was a transcendental good and the provision of its necessities a matter of public responsibility rather than private profit.

Few if any of those 20th-century researchers denied the efficiencies of corporate production and market distribution. None, however, believed that that should be an open invitation to the exorbitant pricing of life's necessities required by the chronically ill.

The idea of health care as a transcendental good began to crumble during the years of Reaganomics, and, in Britain, Margaret Thatcher's neoliberal economics. In recent years, the perspective of marketers has become ascendant. In the spring issue of The Journal of Medicine & Philosophy, for example, seven European philosophers-cum-economists called for the recognition by ethicists of health care in its many parts as simply another commodity, another common good. Ideas about equality and mutual care, they said, are outdated. The market can do it all.

If we believe otherwise, there are two routes out of this morass. The first is to play the market by creating larger purchasing collectives that, buying in bulk, can negotiate better prices. A national drug policy would do this. The approach works best when there are alternative therapies that can be substituted, however. Monopolies are notoriously reluctant to negotiate.

Another possibility is for Canada and other countries whose health systems are similarly stressed by the high cost of pharmaceuticals to collectively set a program of cost restraint. This might mean decreasing the lifespan of commercial patent protection or enforcing a schedule of reasonable return on investment across the life of a drug's patent. Companies refusing these agreements would forfeit the exclusive rights that make it possible for them to be sole arbiters of product cost.

Good business is not necessarily good medicine. But that doesn't mean good medicine need not be good business. The two join when the nature of medicine as an essential, social good is recognized and its necessities are distributed over time at a reasonable price. 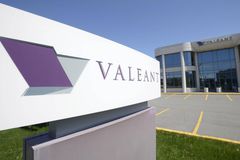 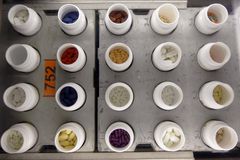