Peter Morici is an economist and business professor at the University of Maryland, and a national columnist.

Americans are justified in being angry that the recovery from the recession of 2008 has left them not much better off. As Barack Obama enters the final year of his presidency, good-paying jobs remain scarce, and family incomes are down about $1,650 (U.S.) on his watch.

Since Ronald Reagan ran the United States, the availability of attractive employment has been trending downward, and slowing economic growth is often blamed – during Mr. Obama's recovery, U.S. GDP has advanced at a 2.2-per-cent annual pace, whereas the comparable figures for the terms of Mr. Reagan and Bill Clinton were 4.6 per cent and 3.7 per cent.

But that puts the story backward: The lack of workers adequately trained for a more technologically demanding workplace is slowing growth, not the other way around.

Automation has been an enduring theme throughout U.S. history. First, reapers and tractors consolidated farms and sent workers to factories. Then, machines replaced workers in manufacturing, pushing them into more highly paid professions in medicine, education and technology but also less-well-paid occupations in restaurants, retailing and other services.

Until recently, computer-programmed machines could perform only strenuous and repetitive tasks, such as attaching a heavy, rigid fender onto an automobile. In the future, robots will increasingly replace people in activities requiring more subtle manual dexterity, such as making shirts and harvesting fruit, plus those requiring more complex cognitive processes such as masonry construction.

The drug store I visit in Washington no longer has cashiers, just a group of checkout machines and one clerk to assist technologically flummoxed patrons. Over the next two decades, robots will be capable of unloading pallets, stocking shelves, filling prescriptions and generally running the store with minimal human intervention.

By 2030, it will become technologically possible for smart machines to do 90 per cent of jobs as we know them. The real challenge will be training most Americans to engage in intellectually demanding and creative work, to prevent the globalization of technology and competition from relegating most of us to very low-paying jobs better left to androids.

In 2016, Americans should be not just skeptical of false promises to restore prosperity made by presidential candidates Bernie Sanders and Donald Trump, but also outraged by the handiwork of mainstream politicians.

The latter's efforts to make a high school diploma universal have made it a nearly worthless credential. Less than 40 per cent of 12th graders are ready to read or learn math at the college level, and many fewer have the skills to enter technically demanding positions without postsecondary training.

A college diploma is little better. After pushing millions of unqualified students into universities through affirmative action and government loan programs, four in 10 graduates lack the complex reasoning skills needed for white-collar work as it exists today, never mind as it will be after machines equipped with high-level artificial intelligence become capable of replacing armies of stockbrokers, insurance adjusters and restaurant managers over the coming decades.

The future lies in educating Americans not to be angry about false injustice or an omnipresent state, but rather to build and teach the machines that will do the work that has burdened humanity since the first branch was shaped into a hunting implement.

Without young people trained and encouraged to do that sophisticated work, the locus of prosperity will permanently shift from the United States to Asia, where pragmatic leaders urge children to study engineering, not the superstitions peddled by pious academics and deceitful politicians.

Opinion
Our ingenuity will revive growth in global productivity – eventually 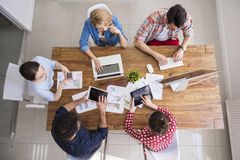 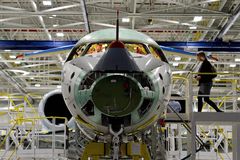