Executive chairman Brandon Stranzl has been removed from his day-to-day duties of running Sears Canada Inc. to focus on a management bid for the insolvent retailer.

The move comes as Sears struggles through its creditors' court-protection process and faces mounting criticism about how it is treating employees. It is terminating 2,900 of 17,000 employees without giving them severance while planning, by October, to stop contributing to its underfunded defined benefit pension plan and other retiree benefits. But this week, it agreed to set up a $500,000 hardship fund for laid-off personnel in dire need, paid for out of a bonus Mr. Stranzl was set to receive as a retention payment.

Now, Mr. Stranzl needs to spend "significant time" developing his takeover proposal before an Aug. 31 bidding deadline, according to an internal memo Wednesday to Sears staff from Graham Savage, chair of a special committee of Sears's board of directors.

"In light of the approaching bid deadline and focus required to assemble all necessary components of a bid, the board thought it was best for Brandon to focus exclusively on putting the bid together and step away from day-to-day operations of Sears Canada," the memo says. A company spokesman declined to comment.

The shift in leadership – chief operating officer Becky Penrice is now leading Sears' executive team – underlines the difficulties and uncertainties at the retailer as it prepares to close 59 of its 255 stores while at the same time looking for suitors for all or part of the business.

Amid the uncertainty, Mr. Stranzl has written a memo of his own to Sears employees. The detailed draft memo, seen by some Sears employees and obtained by The Globe and Mail, outlines and defends his initiatives and provides historical perspective of the retailer's troubles. The company this week did not allow the memo to be sent to all staff, sources said.

Among other topics, Mr. Stranzl tackles the controversial one of Sears not providing severance to laid-off staff.

"We are doing whatever we can to save part of the work force," he wrote. "We had to choose between two outcomes: give up, save no jobs and cause acute pain for everyone, or try to save jobs in a way that will result in acute pain for some. Who would want to make that choice? It is a terrible choice to have to make, and I am sorry it has caused many hardship. I am doing what I think is right based on a moral compass that says it's better to save something than to lose everything. But it still doesn't feel good."

Sears got court protection from its creditors on June 22 under the Companies' Creditors Arrangement Act, saying it wanted to restructure, close some stores, look for buyers and continue operating.

Mr. Stranzl explained the CCAA process to employees in this way: "Imagine you have two stores. Let's say one store makes $100 per year, and the other store loses $300 per year. Therefore, each year you lose $200. If you have $400 in your bank account, after two years, you will have no more money left in the bank, and you will no longer be able to pay the costs to operate both stores.

He defends the $9.2-million "key employee retention plan" provided to executives and other employees to ensure they stay through the restructuring. And he said he is not accepting a retention bonus and instead redirecting the money to the company, including the employee hardship fund.

He takes on critical media coverage of Sears not paying severance to employees who are losing their jobs. "The truth is that we are working 24 hours a day to try to save everything we can, and this truth is not being accurately reflected in current news articles."

Mr. Stranzl said he is overseeing a reinvention of Sears, what he calls Sears 2.0, introducing discounted designer fashions and home decor goods – modelled on Winners' strategy – while stepping up digital and e-commerce efforts. And the retailer has sold off an array of assets, including prized store leases, to raise money.

"We took a company that had been declining for 12 years in a row – and we reinvented it from the ground up and got it growing again," he said. "We are still doing this work, and hopefully we will get back on track. In order to save as many jobs as possible, we have also had to make some very tough decisions that had a negative impact on others. We are trying to find ways to help those who were most deeply affected." Mr. Stranzl declined to comment. 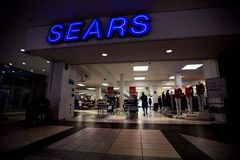