Brandon Stranzl, executive chairman of Sears Canada Inc., has accused the company of creating a sale process that has sidelined his bid to keep the insolvent retailer operating.

In a letter this week from his lawyer obtained by The Globe and Mail, Mr. Stranzl says Sears's decision to sell its "crown jewels" – among them its 11 best stores – and let go of 1,200 more employees was made without consulting him even though the stores were included in the bid he is leading on behalf of a management group to keep Sears running. Mr. Stranzl estimates the 11 Sears stores whose leases are now earmarked to be sold – if the court gives its blessing to the sale agreements on Wednesday – would contribute more than 90 per cent of earnings (before interest, tax, depreciation and amortization) in the first year of his business plan to keep Sears and save thousands of jobs, the letter says.

Sears has been racing to close deals to sell its assets, making it more difficult for Mr. Stranzl's offer to get off the ground. Sears says it rejected his initial bid and a subsequent one because their financing and due diligence conditions were not firm enough.

Mr. Stranzl's management bid is the only one among about 70 that Sears received that contemplates the retailer continuing as a going concern, while the others would break it up and sell off assets in pieces to others.

"In the weeks following bid submissions the company's advisers focused their efforts on negotiating transactions to monetize the company's key assets, which had the practical effect of setting the company on a path to liquidation," Mr. Stranzl's lawyer, Samantha Horn, says in an Oct. 1 letter to lawyers for Sears's board of directors.

A meeting scheduled for Monday between Mr. Stranzl, his advisers and advisers for Sears and other parties involved in the insolvency to discuss the contentious issues was delayed until Tuesday, a source said. Mr. Stranzl would not comment and Sears spokesmen did not respond to an e-mail.

The Oct. 1 letter from Mr. Stranzl's lawyer says the lenders for his bid "continue to have conventional (though limited) conditions in their commitment letters."

In the meantime, Mr. Stranzl is "working quickly to resolve those issues to the extent possible," the letter says.

Blackstone Group, his bid's key lender, along with Goldman Sachs & Co. and Ares Capital – his previously proposed lenders – "have earned their reputations precisely because they honour their commitments," the letter says.

Members of Mr. Stranzl's team "were puzzled by the suggestion that there remains significant uncertainty with respect to the lenders' commitments, and that this was the reason that the company proceeded with material lease sale transactions without a substantive dialogue with our clients," it says.

On Monday, Sears said it would ask Ontario Superior Court on Wednesday to approve an agreement to sell its profitable Corbeil appliance division. Late on Friday, the retailer filed a flurry of other deals. The company has not disclosed proposed sale prices.

The agreements include selling the 11 store leases, a distribution centre in Calgary (to Indigo Books & Music Inc.), rights to the Viking trademarks (to Canadian Tire Corp. Ltd.), its transport division, and three home services businesses. Sears will ask the court to give the nod to all those agreements.

The letter from Mr. Stranzl's lawyer says most of the "conditionality" in his management bid, especially as it relates to financing conditions, "is standard for many asset-based loans from credible financial institutions, and required a very short time frame to be made unconditional."

In its initial bid, the management group asked for a fee to help firm up the financing package. Sears denied the request, although it eventually provided some money. The company gave Mr. Stranzl $400,000 to work on firming up the offer, a source said.

The letter says Sears' concerns about potential conflicts of interest led it to put in place a protocol for the sale process "that served to a make a going concern bid from management exceedingly difficult."

The retailer's financial advisers provided no support in arranging the financing necessary to allow Sears to be successfully restructured through the bid, it says. "This was both surprising and disappointing to our clients, as we understand that the advisers had been hired to support efforts to have the company emerge as a going concern."

Sears has restricted Mr. Stranzl's communications with stakeholders, especially landlords. "We are confident that these groups would prefer and, in fact, strongly support a going concern plan," the letter says.

Mr. Stranzl asked for Monday's meeting with Sears and its advisers, suggesting his bid's purchase price would have to drop because of Sears's deals to divest its best assets.

His bid of about $300-million would be secured by inventory and owned properties and entail about $350-million in assumed debt, sources have said. 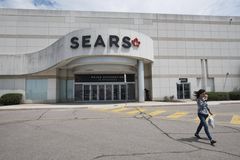 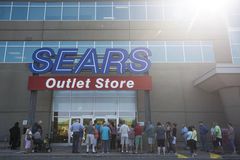