Brendan Fay criss-crossed Canada in June in search of ways to persuade entrepreneurs to leave the country and start businesses on the Emerald Isle.

The development adviser for Enterprise Ireland doesn't see himself as a poacher, but rather a preacher of opportunity. The Irish government is dangling the lure of a new program that offers entrepreneurs fast visa approvals and startup loans from a 10-million Euro ($13-million) fund.

"Seeking out international startups is part of our strategy to get Ireland back on track," he said.

The program is less than a year old and Ireland has attracted 10 foreign entrepreneurs who have launched mobile technology, gaming or health sciences businesses. It hopes to pull in 20 more this year.

Ireland's pitch joins an increasing number of come-ons from countries that are wooing just the types of tech-savvy immigrants Canada is hoping to lure after it completes a renovation of its entrepreneur immigration program this year.

The goal is to bring in immigrant business owners with potential to create high-value startups that can compete on a global scale, as opposed to, say, opening a local corner store or a restaurant, Immigration Minister Jason Kenney explained in April. Consultations are continuing with industry groups and he added he hopes to start the new entrepreneur visa program in the fall.

"Canada cannot afford to lose out in the competition for foreign entrepreneurs among immigrant-receiving countries," Mr. Kenney said. The previous program was scrapped because it became so bureaucratic that applicants faced waits of up to seven years for approval.

But in an era in which technology companies can be set up anywhere, the competition is getting stiffer.

Several other countries are taking Ireland's approach of trying to attract innovators with the goal of creating clusters of expertise. Britain is fast-tracking entrepreneurs in software, digital media and other high-tech businesses, said Trevor Novak, director in Canada of the U.K. Trade & Investment department of the British High Commission in Toronto.

"We're trying to engage with companies at a very early stage that spin off from universities or from tech firms, like those around Waterloo (Ont.), that are looking to reach a bigger market," Mr. Novak said.

Leads come from social media and profiles on data bases of universities, business incubators and government and trade organizations.

A number of Asian countries are also making pitches to Canadians to develop clusters of startups in tech sectors, noted Frank Pho, Vancouver-based vice-president for global expansion at Business Development Bank of Canada. "The idea is to build a sustainable ecosystem. Even if the initial companies grow and move somewhere else, they will have spun off other companies in the sector that could survive and spin off others as they grow," he explained.

Vietnam, for instance, has a new program to encourage software developers to set up in the country. It's encouraging tech startups by allowing ex-pats to operate tax free for the first year and to be taxed at half the full business rate for the next four years, Mr. Pho said. One of the provinces in Vietnam sent a delegation to Canada in May to promote the fact it is offering facilities on top of the tax advantages.

China's five-year economic development plan focuses on energy, environment and information technology and it gives preferential treatment to startups in those areas. It's being promoted through a joint China-Canada working group.

Taiwan wants to grow tech clusters as well, and at the moment it is focusing on pharmaceuticals, with a $150-million fund to attract research and development startups.

This sector approach is one that Canada needs to consider in its new entrepreneur immigration program, Mr. Pho suggested.

"When we help entrepreneurs from overseas come into Canada to set up shop, we could actually increase the competition to our Canadian companies," he cautioned. "Being a market of only 35 million people we should focus more on developing technology we can export."

That might mean building clusters of expertise in existing Canadian specialties such as conventional and alternative energy and resources, he said.

Access to financing and tax deals are another way to remove stumbling blocks to startup immigration. "Canada does not have the same level of preferential tax treatments or other benefits that other countries are offering," Mr. Pho added.

Early funding is a core element of both Britain and Ireland's approach. Mr. Fay pointed out it's difficult for startups to attract the interest of venture capital investors until their businesses are viable. Ireland's program provides introductions to seed, angel and venture capital providers and it will hand out loans of up to 50,000 Euros ($65,000) from its startup fund as long as some other source of financing provides matching dollars.

Startup Chile's government-sponsored program is attracting entrepreneurs with what may be the most generous offer of all, an immediate grant of $40,000 (U.S.) with no strings attached. Foreign entrepreneurs whose business plans are approved get an expedited visa to come and set up a company. Very little else is required other than owners stay in the country to run the businesses for at least six months and share their expertise in workshops for the local startup community.

The program has proved to be extremely successful in its first two years. Half of the 16 Canadians who have participated are still in Chile. Several of the others who decided to move on after the experience have handed off their businesses to local Chileans to run, said Maitetxu Larraechea, spokesperson for Startup Chile.

The buzz created by the program has meant Chile hasn't needed to recruit applicants, aside from a couple of trips by staff members to speak at entrepreneur events. "Our best advertising is what entrepreneurs tell each other about the program," Ms. Larraechea said.

Edmonton software developer Ashley Reddy read about the Chilean program last winter on a hacker site. He applied and was approved within weeks and he has been in Santiago for three months developing paperhater.com, a program for scanning and organizing business documents.

"The program was appealing to me because it didn't require giving up any equity in my company," which is often a requirement for startup grants and venture capital. "And I'm getting to meet entrepreneurs from all over the world. Dinner often looks like the United Nations: with Spanish, Romanian, German, Irish and of course Canadian entrepreneurs" getting together, Mr. Reddy said.

While some participants have seen it as just a six-month commitment and then move back to Canada, Eric Jobidon became so successful in Santiago that he's moved there full time, and he was recently joined by his wife and three children, none of whom spoke Spanish at the time.

A local cluster of like-minded professionals is more important than the money, the software developer (originally from Montreal) has found since the move to Coquimbo, Chile in late 2010. There is a network of other entrepreneurs who also participate in the program and people are eager to help each other out. The synergy has enabled him to move on to other products after marketing his software for dentists, called Praccel, in Chile and the United States. "There are opportunities everywhere."

"It's the quality of people you have access to, and the mentorship available is often much more important than the money" for attracting talent, said Lloyed Lobo, partner with consultancy Boast Capital in Calgary. "If you are an entrepreneur from anywhere, you are going to be attracted to the place that provides conditions that will help you succeed."

Mr. Lobo is behind Startup Camp Canada, which is taking Canadian entrepreneurs to the United States to give them more access to expertise and venture capital, but the intention is that they will come home and flourish because of the experience, he said.

There were 50 Canadian applicants for the accelerator series of workshops, speaker series, mentorship sessions and active coaching it organized in a joint program in entrepreneurship it developed with the Plug and Play Tech Center in California. The first 10 weeks will be in Silicon Valley this summer. The American and Canadian participants will then follow up with 10 more weeks of workshops and mentoring in Calgary during the fall and winter. The mentors will include people behind successful startups, including YouTube and Skype, as well as universities and venture capital companies, he said.

The program even got an application from an entrepreneur from Bulgaria, Mr. Lobo said. "He said he was attracted to the program because he didn't have access to experienced mentors in his own country."

Access to mentorship is an attraction Canada should be playing up as it tries to attract foreign startups, Mr. Lobo said.

The federal government should be looking at all these models as it shapes its new immigrant entrepreneur program, said Victoria Lennox, co-founder of Startup Canada. The non-government advocacy group is travelling across the country this summer to solicit ideas on how to kick-start businesses and sectors and technologies that should be priorities. She hopes to catch the ear of federal officials as they shape the Canadian entrepreneur immigration program.

"There is no one solution to creating a more entrepreneurial culture and ecosystem," she explained. "It takes an appetite to try new things and see where they go, and perhaps most importantly, it requires vision and leadership to pull everyone in the same direction." 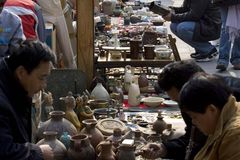 Poynt shifts strategy for move into China
May 3, 2018 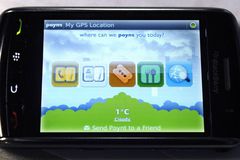 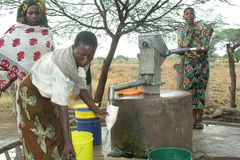 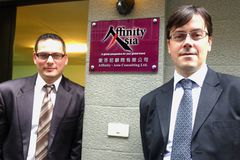 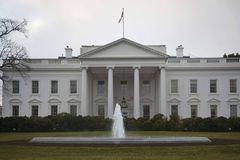 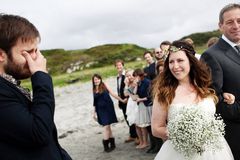