Today, Montreal's SweetIQ has grown to be a 36-person firm that helps big companies with lots of outlets both understand and manage their local online marketing. As it turns out, when you have dozens or hundreds of outlets like Domino's Pizza or FedEx, it can be a real challenge to make sure every one of them appears consistently and successfully in every local search engine – and this is the firm to make it happen.

But the path SweetIQ took there was anything but straightforward. In fact, the firm is a case study in the value of noticing the difference between your product, and what the market is really craving.

In fact, SweetIQ started out as a tool for small businesses. Its founders, Mohannad El-Barachi and Michael Mire, first set out in 2010 to create a product that would help SMBs improve their visibility when people searched for them on Google Maps. Simple enough.

"We were very successful in the first six months," says Mr. El-Barachi. But at the six-month mark, he started noticing a lot of chatter amongst his customer base: Was the company's product actually working? Was local search actually bringing people through the door? How would they know?

"That was our big a-ha moment," he says. "There was a much bigger opportunity in the analytics market than in the selling of the product."

So the team set about finding signals in the data that would let them determine the search performance of bricks and mortar stores, and in 2011, they took the idea to venture capitalists. Critically, the analytics they were offering not only pegged the performance of one store, but offered clients a picture of where their competitors were at in the same landscape – "to help them understand the scale and scope of the local ecosystem in which they're competing, and giving them opportunities to win in this space," says Mr. El-Barachi.

The firm joined an incubator run by Cossette, the famous marketing agency, and that's where it made its next discovery: As much as small businesses were interested in these analytics, corporations with hundreds of local locations were even more interested in how their outlets were faring online.

For instance, if you run a chain restaurant, you want to make sure that you not just appear prominently in rankings like Google and Yelp, but that every restaurant's listing is consistent, on-brand, uses the right brand images, and is using the right copy to describe itself.

It could be grinding work – anyone can see this information, but there's a lot of it and it's constantly changing. But SweetIQ's software was able to assemble and report on this in a matter of minutes. Working with Cosette, they were able to net corporate clients like General Motors Canada, Domino's and FedEx's American operation.

And this, in turn, led the firm to its last realization: For all the information that firms were gleaning from its insights about local marketing, "there was additional money on the table for someone to actually do the marketing campaign."

So the team came full-circle: Having built enterprise-grade analytics and reporting tools, it returned to implementing marketing campaigns for clients, except now it was deploying a sophisticated automated system for international corporate clients.

These combined some good old-fashioned SEO – testing and snapping up all the keywords a site needs to score well in a hyper-local market – with a knowledge of how local search works. The firm pays attention to the 10-odd major search tools – Google, Yelp, Bing and so on, plus about 40 that are vertically or geographically specific.

Now Mr. El-Barachi says the firm is working directly with major marketing agencies. They're pushing south of the border, trying to boost the proportion of its sales in the American market, which currently account for 30 per cent of its business – a firm that thought local, and went global. 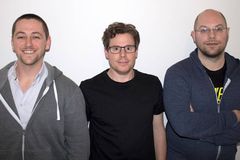 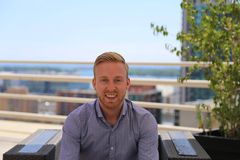 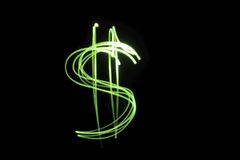