While he was working on his PhD in neuroscience at McGill University in Montreal, Ian Blum says that he spent a year looking for the right antibody to use in an experiment.

It's a common problem faced by researchers doing molecular biology, says Dr. Blum, who is now a postdoctoral fellow at Johns Hopkins University in Baltimore. Because of the way antibodies used in research are produced, there can be big variations from lot to lot, even when those antibodies come from the same supplier.

It's a problem that one Toronto-based startup is trying to solve.

"That information exists, but it's buried in 26 million scientific papers," says Liran Belenzon, the chief executive officer of BenchSci. "So scientists spend hours and days reviewing hundreds of papers just to try and find information about these compounds."

His company's solution is to use machine learning. Essentially, he says, BenchSci has taught a computer to read scientific papers and identify the specific antibodies used as well as other variables, such as specific techniques, tissues and disease used in the experiment.

"You might find a paper that contains all of the words but they don't go together," Mr. Belenzon says.

"If you're passionate about your research and having an impact, you can actually follow your problem out of the lab and into the market," says Sam Molyneux, CEO and co-founder of Meta.

The Toronto-based company is using artificial intelligence to help scientists keep up with new discoveries – particularly ones that they might not know to look for.

While more research is being produced now than ever before, he says that's also made it harder for scientists to keep pace with "what is going on in disparate parts of their field, bring in innovations from other fields that could probably accelerate their work and fundamentally just be able to build on each other's findings without unintentional replication and repetition of their work."

The company's Meta Science product, aimed at researchers studying biomedicine, is a free tool that uses artificial intelligence to create a "smart" feed of scientific papers that, while tailored to the user's interests, shows them connections they might not know to look for.

It can read all of the scientific papers published in a field or subfield and trace the trajectory of every concept, drug, gene or discovery from "the very first paper in which it's mentioned, all the way up to today," Dr. Molyneux says.

From there, it can make predictions about where a concept or discovery is heading over the next three years.

"You can effectively use it," Dr. Molyneux says, "to get a picture of everything that's happening within a field, what's important right now and what will be important tomorrow."

That product – which is Meta's main source of revenue – is aimed at pharmaceutical companies, academic publishers, large corporations doing research and development as well as government agencies.

Underneath that product is technology developed by SRI International, a non-profit research institute in Silicon Valley known for developing Siri and the computer mouse, for the Intelligence Advanced Research Projects Activity, a United States government agency that funds research and the development of technology for intelligence agencies. Meta signed a licence to commercialize that technology last November.

Surface plasmon resonance instruments allow scientists to study the interactions between different molecules in real time. But they're big, expensive and require specialized training to use.

"Currently, researchers have to go to a centralized facility at a university and run their samples in these labs. They can take a long time to schedule, it can be very expensive to rent time," says Ryan Denomme, the founder and CEO of Waterloo, Ont.-based Nicoya Lifesciences, which has developed an SPR machine that fits on a laboratory bench.

The data from an SPR machine can be used to understand how diseases work, as well as how potential drugs might be able to treat them. But a lot of scientists don't have access.

"The barrier to entry to getting this data is extremely high," he says.

Mr. Denomme says his machine can do about 80 per cent of the work of the current mainframe-style machines at around one-tenth the cost. Large SPR machines can sell for almost $200,000, while Mr. Denomme's sells for under $20,000. That, he says, will allow the technology to be used by more researchers.

"A large part of our market is people who are new to SPR," he says. "They've always gone a different route because of the costs involved."

But selling to scientists can be hard – they're often wary of new techniques. Even if a new product makes things faster or cheaper, that's not always enough, according to Dr. Blum, the Johns Hopkins neuroscientist.

He says his company doesn't want to change much about the way scientists do their work. "We're not reinventing the wheel, we're just making the wheel move faster," Mr. Belenzon says.

New Globe and Mail podcast reveals the real-life drama of running a business
May 17, 2018 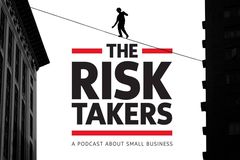 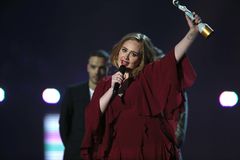 The keys to mastering your business’s cash flow
April 6, 2017
Follow us on Twitter @globeandmail Opens in a new window
Report an error Editorial code of conduct
Due to technical reasons, we have temporarily removed commenting from our articles. We hope to have this fixed soon. Thank you for your patience. If you are looking to give feedback on our new site, please send it along to feedback@globeandmail.com. If you want to write a letter to the editor, please forward to letters@globeandmail.com.
Comments