When Lance Stroll came to Montreal for the Canadian Grand Prix a year ago, the race marked a turnaround in the young Formula One driver’s season.

Heading into this weekend, his second turn at the Circuit Gilles Villeneuve, Stroll can only hope for the same thing to happen again.

Mired in a miserable sophomore season, piloting a Williams car that has become the brunt of jokes inside F1, the 19-year-old from Montreal is hoping his home track can produce a bit of badly needed luck.

Stroll placed ninth at the Canadian GP a year ago, recording the first two points of his career and seemingly changing his fortunes. Drawing upon the momentum from that race, he became the youngest rookie to make an F1 podium, with a third-place finish a few weeks later.

He is technically ahead of last year’s pace, after nabbing four points in April, with an eighth-place finish in Azerbaijan. But the situation feels decidedly bleaker.

The Williams car, a supposed revamp over last year’s model, has proved far less competitive. Six races into the season, Stroll sits 16th out of 20 drivers, while his teammate, rookie Sergey Sirotkin, is tied for 19th and has yet to register a point. As a team, Williams is in last.

Given how things have gone, the chance for another turnaround in Montreal is something Stroll is clinging to.

“Last year, I didn’t even score a point until I came here, in Montreal,” Stroll told reporters this week. “So yeah, I’ll be leaning on all of that.”

Asked about the warm reception he’s had so far – the venue has named a grandstand after him – Stroll said it’s good to be back on home soil.

“It’s going to be nice to see some Canadian flags out there,” he said.

Stroll believes he’s become a better driver since his rookie season, but the results haven’t followed. Williams’s deputy team principal, Claire Williams, said the criticism Stroll has faced over his results is unfair, in part because the car has not been up to snuff.

“I am very proud of the work he had done for us and I hope that we will soon be able to give him a car that will allow him to show his full potential,” Williams told reporters.

“He’s under a lot of pressure, getting criticism that is not deserved and I think he’s showing tremendous maturity in dealing with all of it.”

A planned upgrade to the car’s Mercedes engine by the manufacturer has been delayed, providing another unexpected hurdle. The setback hits all teams using Mercedes engines this weekend, not just Williams, and puts them all at a disadvantage.

As frustration inevitably creeps into the Williams camp, Stroll was asked this week if he felt a stronger car would allow him to better demonstrate his potential.

“Of course,” he said. “That’s the nature of the sport isn’t it? Everyone would be world champion [with a better car].”

While there has been speculation about his contract, Stroll said he does not know where recent rumours of him being offered a new contract with Williams for next season have come from. Claire Williams has indicated the team wants him back.

“I’m not aware of those details,” Stroll said. “We’ll see where the wind takes me.”

In early practice Friday, Stroll was 18th in the field of 20 drivers, after a puncture forced him to retire after 16 laps. He was one of two Canadians on the track, with Force India reserve driver, Nicholas Latifi of Toronto, the 19th fastest of the day.

Although Stroll has at times struggled to find levity this season, he managed to laugh a bit when asked what result would make him happy in Sunday’s race. “When I win,” he said.

Is that realistic?, a skeptical F1 reporter from Europe quizzed him. 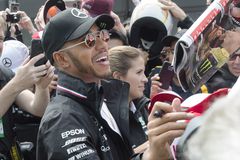 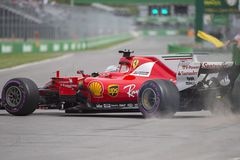 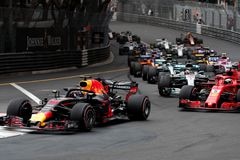