Not because Tiger Woods is only six months removed from a victory in Georgia (East Lake) as he tries to end 11 years without a major and 14 years since he last won a green jacket. Or because Rory McIlroy won the Players Championship, hasn’t finished out of the top 10 in all seven of his tournaments this year and is poised for maybe his best shot at completing the career Grand Slam.

There’s nothing like the soothing sights and ground-shaking sounds at Augusta National to get minds off far too many contentious moments this year.

The opening act to the golf season has not been dull, just not always for the right reasons.

More than “Who won what?” too much attention has been on “They did what?”

Perhaps it was only fitting that two players under the most scrutiny this year – Sergio Garcia and Matt Kuchar – would share the stage at the Match Play in a quarter-final meeting that jokingly was dubbed the “Apology Match.”

Garcia had to apologize for damaging five greens in the third round of the Saudi International, which led to disqualification and most likely would have led to suspension on any other tour. What might have spared Garcia is that he played so early and was so far off the lead there were no cameras.

Kuchar finally got around to apologizing – and paying – after word got out that he gave the local Mexican caddy he hired for the week US$5,000 from the US$1,296,000 that he’d received for winning the Mayakoba Classic.

“That’s not a story,” Kuchar said tersely in January, except that it became one in February. Kuchar eventually paid the caddy US$50,000 and apologized for being stubborn.

There was no hint of history between Garcia and Kuchar until an awkward moment on the seventh green on Saturday at Austin Country Club. Garcia had a seven-foot putt to win the hole, narrowly missed it and angrily reached out to backhand it into the cup, except that it swirled around the cup.

Such a putt – lasers measured it at four inches – are accepted universally as good. Garcia reacted so quickly he never bothered to look up at Kuchar, which was his mistake. Kuchar, even if he was looking, could have walked to the next tee and it would be understood that the putt was good.

Once the match referee became involved – the circumstances that led to Kuchar talking to the referee are unclear – there was no turning back. Shots can’t be conceded after they have been hit. Kuchar said he didn’t want to win the hole that way. Garcia suggested he could concede the next hole. Kuchar didn’t like that option.

As one high-ranking official versed in all the proper golf terminology observed: “The whole thing sucks.”

There were no winners in this one, except for Kuchar winning the match, which he might have done, anyway. Making it worse was a short video they made on Monday to say it was much ado about nothing. It would have been more plausible if Kuchar hadn’t changed his story.

Kuchar said Saturday at a news conference: “He knew he made a mistake. I said I didn’t want that to be how a hole was won or lost. And he said, ‘Well, you can concede a hole.’ I’m not sure I’m ready to concede a hole.”

Kuchar said in an Instagram video on Monday that Sergio “never said to give me a hole.”

They should have stolen a page from New England Patriots coach Bill Belichick: On to Augusta.

Maybe by then, players who consider themselves athletes will have learned the art of bending over a few inches to drop a golf ball at knee level.

The new Rules of Golf, a seven-year project to make them simple, received far too much attention for the wrong reasons. The idea behind a knee-high drop (instead of shoulder level) was to get the ball in play more quickly. One reason the players didn’t like it is that it looked dumb. It reached a point at the Honda Classic that Rickie Fowler jokingly stooped and held the ball behind him under his legs, a different kind of “dropping.”

It looked bad, especially because Fowler said the previous week that the rules were not doing “any favours for our sport” after he forgot to drop from knee level (following a shank that went out of bounds).

That’s not to say there haven’t been problems with the new rules, particularly with caddies standing behind their players. Justin Thomas spoke the loudest and was heard, and the rule was clarified overnight. But when Thomas brought up another situation involving caddy alignment at the Honda Classic, someone at the United States Golf Association (USGA) lost his cool and announced via Twitter that Thomas had cancelled every meeting with the USGA and said to “call us.”

This time, it was the USGA apologizing because Thomas didn’t cancel any meeting.

In nearly every case involving the rules, PGA Tour players were quick to blame the USGA, even though every major golf organization – including their own – was part of the process. It was a reminder how much goodwill the USGA has lost in recent years, whether it was the ban on the stroke used for long putters or U.S. Opens that didn’t go according to plan.

That’s one problem that might be forgotten at the Masters, but won’t go away just yet. 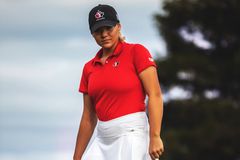 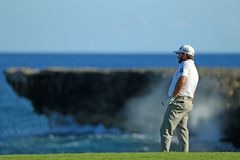 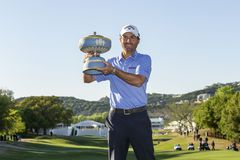