Corey Conners was battling through qualifiers last Monday, winning a 6-for-1 playoff just to make the Valero Texas Open.

Less than a week later, the Canadian was on a charter jet with his wife Malory, flying to the Masters at the historic Augusta National Golf Club after winning his first career PGA Tour title on Sunday.

“It’s been a bit of a whirlwind,” said Conners, who added the organizers of the Valero Texas Open provided him with the flight and accommodation in Augusta, Ga. “Not what I expected to be doing after this week ended but I’m really excited.”

The first Monday qualifier to win on the PGA Tour in nine years, the product of Listowel, Ont., birdied three of the final five holes for his second straight 6-under 66 and a two-stroke victory over Charley Hoffman on Sunday. Conners finished at 20-under 268 at TPC San Antonio.

Conners only had a partial PGA Tour card to start the season and had to earn his way into most tournaments in 2019, creating a gruelling schedule of getting to events early, playing his way on to them, and then playing the regular rounds over the weekend.

Winning the Valero Texas Open changes all that.

In addition to automatically qualifying for the Masters, the first major of the men’s golf season, it also earned him a two-year exemption on the PGA Tour, a spot in the PGA Championship (the second major) and a US$1.3-million payday. He also rocketed up the FedEx Cup standings, landing at 13th.

“I haven’t thought that far ahead, but I know that a win changes things big time,” said Conners, who is now in a position to strategically pick what tournaments he will play in. “Making my schedule – something that I hadn’t been able to do last year or this year – I’m excited to be able to pick and choose the events I’ll play in.”

Although this week’s Masters is Conners’s first as a professional, he did play in it in 2015 while still an amateur at Kent State University. He earned the right to play in the major after finishing as runner-up to Gunn Yang at the 2014 U.S. Amateur.

He joins Hall of Famer Moe Norman of Kitchener, Ont., as the only two Canadians to play the Masters as amateurs and professionals.

A popular figure in Canada’s elite golfing community, Conners had an outpouring of support during and after Sunday’s final round. His wife, as well as fellow PGA golfers Mackenzie Hughes of Dundas, Ont., and Nick Taylor of Abbotsford, B.C., waited for Conners at the 18th green with beers in hand. Malory Conners became a viral sensation online for her emotional reactions with every birdie that her husband sank.

After Conners sank his final putt, other Canadian golfers started tweeting their congratulations, including LPGA star Alena Sharp of Hamilton and Mike Weir of Brights Grove, Ont., who will be the only other Canadian in the field at the Masters as the champion in 2003.

“Had a practice round with coreconn last year(not a big dealllll). He’s been a mentor for myself, and so many others over the past couple years. A guy that’s paid his dues and done the right things for so long. Tough to not get a little emotional for the guy! Congrats CC!!” said Jared du Toit of Kimberley, B.C., currently playing on the PGA Tour Latinoamerica. 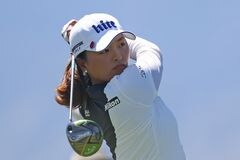 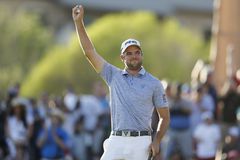 Opinion
Zen and the art of winning the Masters
April 5, 2019 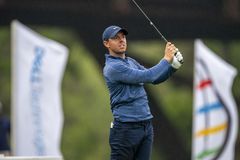