Before training camp even began, Blake Wheeler set the bar for the Winnipeg Jets.

It's basically playoffs or bust this season for the NHL club's second-year captain.

"It's got to be this year, it just has to be," Wheeler told reporters after an informal skate in late August. "It's been a lot of the same thing. We have enough talent, there's no reason why we can't push this to the next level this year."

The Jets' only playoff appearance since relocating to Winnipeg from Atlanta in 2011 was a first-round sweep at the hands of the Anaheim Ducks in 2015. Since then, the franchise's draft-and-develop plan has added plenty of youngsters who are beginning to excel.

Players are confident the Central Division squad now has the talent, depth and experience to qualify for the post-season.

Winnipeg finished ninth (40-35-7) in the Western Conference last season – seven points behind Nashville for the final wild-card spot – and begins its playoff quest Wednesday with a home opener against the Toronto Maple Leafs.

Third-year winger Nikolaj Ehlers said he'd view anything less than a playoff spot as a failure.

"Yes, I would," the speedy 21-year-old Dane said recently. "I think everybody else in this room would, too, because we've been working really hard the past couple of years at getting to where we want to go, and that's the playoffs.

"We all believe that this is our year. We feel ready. The older guys have shown the younger guys the way. We want it. We want it bad."

Ehlers was one of four Jets who finished with more than 60 points last season. Centre Mark Scheifele led with 82 points, followed by Wheeler with 74 and Ehlers and Patrik Laine with 64 each.

Laine fired in a team-high 36 goals and was a finalist for the Calder Trophy as top rookie. The goal for the Finnish sniper this season isn't, well, more goals. At least, he's not saying that publicly.

"Just making the playoffs," Laine, 19, said. "That's my only goal for the season, and working hard everyday so we can make that happen."

While the Jets' scoring flair was often on display last season, flaws were also exposed on the defensive side.

Management tried to address those shortcomings by signing some veterans: goalie Steve Mason, defenceman Dmitry Kulikov and Matt Hendricks, a forward whose strengths are faceoffs and killing penalties. Winnipeg's penalty kill was 26th in the league last season.

Mason is expected to get the bulk of games in his 10th NHL campaign, with last season's inconsistent starter Connor Hellebuyck learning from him and pushing for his turn during his third season.

A key to Winnipeg's success will be avoiding injuries.

Morrissey (20 points) and veteran blueliner Dustin Byfuglien (80 games, 52 points) were two of the lucky rearguards. The team's top six defencemen were only in the lineup for part of one game, as Jacob Trouba returned from a contract dispute for the same game that saw Tyler Myers go down with an injury.

Myers ended up playing only 11 games, but he's back now and optimistic they can play the right way and win.

"There's no doubt we have the guys on the backend to do that," Myers said. "It's coming together as a pairing, as a six-man unit on the backend."

The Jets' four top point-getters will suit up with veteran centre Bryan Little and Mathieu Perreault to make up the top two lines, although head coach Paul Maurice may tinker around.

"If anything, I think we shouldn't be thinking about playoffs right now," he said.

"We should just be focusing on having a good start, knowing that we have a team that can be a playoff team if we put a full season together."

Maurice cautioned "it's probably smarter to lower your expectations" so a win is a "iimarvellous thing" and a loss is just a learning experience, but he was fine with Wheeler's playoff proclamation.

"Right now with this team, so that when you do have a stretch that's not going your way, you are going to get pressure put upon you so we've got to learn how to deal with that." 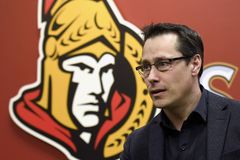 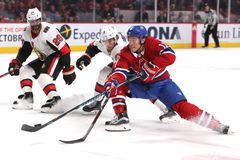 Leafs leadership debate rages on, outside the dressing room
September 22, 2017 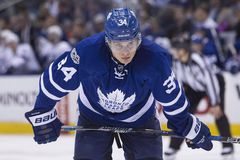