The nascent Brexit Party is on course for a sweeping victory in the European elections in Britain, dealing a blow to the Conservative government as it tries to figure a way out of the Brexit impasse.

The Brexit Party was launched in April by arch eurosceptic Nigel Farage, who played a key role in the 2016 referendum which saw 52 per cent of voters support leaving the European Union. Mr. Farage set up the party to serve as a protest vote at the government’s handling of Brexit and he has been adamant that the United Kingdom should leave the EU without a withdrawal agreement and trade along World Trade Organization rules. That message appears to have resonated across the country.

Initial results on Sunday showed the Brexit Party won 21 of the U.K.’s 73 seats in the European Parliament and was leading in several more. The Conservatives had won just two seats and the party’s share of the popular vote had dropped by around 20 per cent from the last European election in 2014. Further results will be announced Monday. "It looks like we have a big win for the Brexit Party which I’m pleased about,” Mr. Farage told reporters on Sunday.

The rise of the Brexit Party has spooked the Conservatives who are in the midst of a leadership contest after Prime Minister Theresa May announced on Friday that she will resign as party leader on June 7. Ms. May has been dogged by complaints from fellow Tories that she couldn’t deliver Brexit and that a withdrawal agreement she struck with the EU was a sellout. She has also been forced to seek repeated extensions to the deadline for Britain to pull out of the EU and the current date is Oct. 31. The fact that Britain even participated in the European elections has infuriated many Tories because the country should have been out of the bloc by now.

The leading candidates to replace Ms. May come from the hard Brexit wing of the party and many are echoing Mr. Farage in calling for Britain to leave without a deal. “I will fight for a fairer deal in Brussels … if not I will be clear, we will leave on WTO terms in October,” one contender, former Brexit minister Dominic Raab, told the BBC on Sunday. Former foreign secretary Boris Johnson, who is considered the front-runner, has also indicated that he would back a no-deal departure.

Another senior cabinet minister, Environment Secretary Michael Gove, joined the race on Sunday. Mr. Gove co-chaired the Vote Leave campaign with Mr. Johnson in 2016 and the two clashed in the last leadership race. Mr. Gove torpedoed Mr. Johnson’s run for the leadership in 2016, by initially backing his colleague and then announcing his own candidacy and criticizing Mr. Johnson. Both eventually dropped out and Ms. May won. Mr. Gove is considered a Brexit hard-liner but he has supported Ms. May’s deal and, on Sunday, he said reaching an agreement “is ultimately better for all of us.”

There was some good news on Sunday for parties that support the U.K. remaining in the EU. The Liberal Democrats, which have called for a second referendum on Brexit, is on track to finish second to the Brexit Party. The Green Party and Scottish Nationalists, which also want Britain to remain, were also headed for an increased number of seats. However, the Labour Party’s vote has plummeted by at least 15 per cent and the party is expected to finish third. The party has suffered from an inability to explain its position on Brexit, Labour MP Emily Thornberry said on BBC. 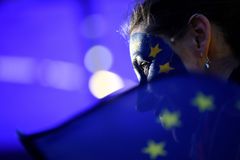 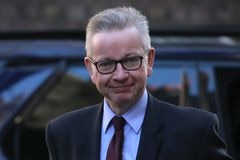 A look at some of the contenders vying to become Britain’s next Prime Minister Subscriber content
May 24, 2019 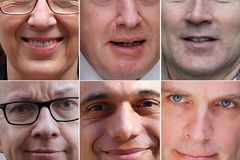