It’s been called “mother’s ruin” and was once considered a scourge of society, but gin is making a remarkable comeback thanks to growing interest among millennials and a surge of new flavours including everything from rhubarb to chocolate, horseradish, coffee and even truffles.

In Britain, where the drink was first popularized more than 300 years ago, gin sales have nearly doubled in the last two years to a record £2.2-billion ($3.5-billion) and the number of brands has jumped from around 20 to close to 1,000. Similar trends have been seen across much of Europe and Asia, as well as Canada where gin sales climbed 11.2 per cent in 2018. Last week the world’s largest spirits maker, Diageo PLC, hailed a “gin-aisance” after reporting that its best performing products during the last fiscal year, which ended on June 30, were Gordon’s and Tanqueray, which had together a 22 per cent increase in global sales.

"It’s been phenomenal for us,” said David Farran an Alberta barley farmer and former beer company executive who founded Eau Claire Distillery near Calgary in 2014. Eau Claire’s sales increased 80 per cent last year thanks mainly to the popularity of its barley-based Parlour Gin. “What we’ve seen is that a lot of the different spirits had demographics that went with them, and gin was primarily a ladies’ drink. That’s certainly not the case now, it cuts across all demographics,” Mr. Farran said.

Indeed young drinkers have been imbibing gin like never before, intrigued by the myriad of flavours and the ever-widening variety of cocktails. More than half of British drinkers between the ages of 18 and 24 drink gin, according to market research firm Kantar. That’s up from 43 per cent four years ago.

Gin distillers have responded with even more offerings, creating new gin recipes with fruits, nuts and spices; and making gin in casks to liven the taste. The number of Brits drinking “pink gin,” which is gin flavoured with fruit, has more than doubled in the last year, according to market research firm CGA, and bars across the country now stock an average of 8.2 bottles of gin, a two fold increase in just two years.

It’s quite a turnaround for a drink that was once blamed for so many social ills in the 1700s it was nearly banned in Britain. Even in recent times, a gin and tonic with lime was considered a pleasant if boring drink. That began to change in the 1990s after the advent of Bombay Sapphire and it’s trendy blue-tinted bottle. Then in 1999, Lesley Gracie, a master distiller at Scotland’s Hendrick’s Gin, broke the mould completely by creating a gin with rose and cucumber essences. Ms. Gracie’s recipe was the first to move away from juniper-heavy gins that all tasted roughly the same, and it sparked a revolution that continues today.

The gin craze has not only led to new flavours, it has also spawned a market for spin offs like gin-scented body lotions; candles; lip balms as well as gin-flavoured cheese. There’s even a Gin Spa in Glasgow that features aromatherapy using the natural botanicals found in gin.

Mixers, too, have become modernized as beverage companies try to shake up the narrow offering of tonic waters. London-based Fever-Tree Drinks PLC launched in 2004, and the company now sells 14 different mixes around the world including six versions of tonic water, two types of lemonade, three different ginger ales and a premium soda water. Mixers have become so important in bringing out the flavour of gin that many small distillers make their own tonic water. Mr. Farran said Eau Claire began a line of canned, pre-mixed gin and tonic “and we can’t keep enough of it on the shelf.”

“Consumers have got a huge choice,” said Nicholas Cook, director general of the Gin Guild a London-based organization that has 300 members representing gin distillers from across Britain, Europe, Australia, South Africa and North America. “So big that it’s a bit scary really.”

Mr. Cook said he is worried that there’s almost too much choice and that some gins have gone far beyond the traditional product. For that reason, the guild has created Gin-Note, a flavour guide for gins that let’s consumers better understand what’s in the drink. The guild also sponsors an annual Ginposium where distillers and others discuss industry trends.

There is some concern that the gin market may be saturated. Fever-Tree’s sales slowed more than expected in the last quarter and some analysts have said that Britain and other countries are showing signs of “gin fatigue.” But Olivier Ward, co-founder of the gin news site The Gin Foundry, says the United States has yet to join the gin craze and when it does, that could transform the global market. “The U.S. had a craft distilling boom that happened earlier than Europe and the high water mark was 2008,” he said. “Since then it hasn’t had a second round, but it’s now about to take off again.”

While not as popular as in Britain, gin will continue to see growth in Canada, says Charles Tremewen, co-founder and head distiller at Long Table Distillery in Vancouver. Mr. Tremewen said that when Long Table started in 2013 there were about eight craft distilleries in British Columbia. Today there are close to 70. Gin isn’t the only drink that Long Table and the others make, but it has fast become an important staple. The distillery’s sales have been rising by around 20 per cent annually and Mr. Tremewen is looking to expand internationally.

Mr. Farran is also pushing into the United States and Eau Claire’s gins are now available in five states. He said that while the overall U.S. market for gin is sluggish, the drink is hugely popular in big cities like Chicago and New York. “I think it’s got a lot of room to grow in the U.S. and Canada,” he said. “We’re going to see that gin is going to have a huge growth curve.” 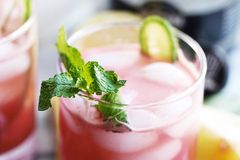 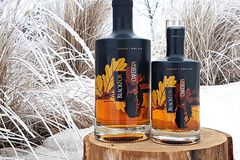 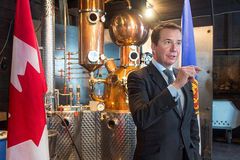