More than two years after a wave of sexual assault allegations against Harvey Weinstein ushered in the #MeToo movement, the disgraced movie mogul faces another reckoning: a criminal trial that could him put him behind bars for the rest of his life.

Jury selection is scheduled to start this week in New York City in a case involving allegations that Weinstein raped one woman in a Manhattan hotel room in 2013 and performed a forcible sex act on a different woman in 2006.

It is the only criminal case to arise from dozens of allegations against the Oscar-winning film producer. Weinstein, 67, has pleaded not guilty and maintains any sexual activity was consensual.

At least one Hollywood actress is expected to testify against Weinstein, and several other accusers have said they plan to attend the trial, which could last about four weeks once a jury is picked.

Among the accusers planning to attend the trial is actress Rosanna Arquette, who has accused Weinstein of derailing her career after she resisted his advances, which he denies.

“I’ve always believed in redemption and I always believed in forgiveness and I want to live like that as a human being in my heart and resonate in that. But the lengths he went to destroy so many people’s lives,” she told The Associated Press. “That’s deep. It’s control, it’s power.”

Among those who won’t be inside the courtroom is Rose McGowan. The actress, one of Weinstein’s most vocal accusers, says he raped her more than 20 years ago and ruining her career. He has denied it.

“I do know that we’re at a really pivotal moment in history, and that the eyes of the world are watching,” she told the AP.

Weinstein’s lawyer has argued the case is weak and said she plans to aggressively cross-examine the accusers.

“Just because a woman makes a claim doesn’t mean it’s true,” lawyer Donna Rotunno said after a pretrial hearing last month. “Just because Mr. Weinstein has been accused of a crime, that does not mean he’s guilty.”

Prosecutors have not commented publicly on the case since around the time of Weinstein’s arrest and initial court appearances in 2018.

In a statement issued at the time, Manhattan District Attorney Cyrus Vance Jr. praised the “extraordinary courage” of Weinstein’s accusers said he was confident jurors would reject defence attacks on their credibility.

Weinstein’s trial is expected to share some similarities with the first big trial of the #MeToo era. That ended in Bill Cosby’s conviction for drugging and molesting a woman in 2004.

As in that case, prosecutors are angling to make Weinstein’s trial a referendum on his behaviour with women over many decades, not just in the two instances that led to criminal charges. Prosecutors had charged Weinstein with assaulting a third woman but later dropped that charge after it was alleged that a police detective had coached a corroborating witness.

The most serious charges against Weinstein, two counts of predatory sexual assault that carry a mandatory life sentence, require that prosecutors demonstrate Weinstein had a habit of violating women.

For that, prosecutors plan to call actress Annabella Sciorra, who says Weinstein forced himself inside her Manhattan apartment in 1993 or 1994 and raped her after she starred in a film for his movie studio.

But they also want jurors to hear from some of the more than 75 women who have come forward publicly to accuse Weinstein of sexual misconduct ranging from harassment to assault. The first allegations were brought to light by The New York Times and The New Yorker in October 2017.

In the Cosby case, five women testified that the now 82-year-old comedian drugged and violated them over the years. That was in addition to the woman at the heart of the criminal charges, Andrea Constand.

In both cases, accusers have portrayed Weinstein and Cosby as serial predators who used their fame and power in Hollywood to ingratiate themselves with women – sometimes promising a role in a film or other help with career advancement – only to violate them.

Weinstein has shuffled through a series of lawyers before settling on a team led by Rotunno.

He remains free on bail, though it was doubled last month to $2 million paid through a bail bondsman after prosecutors said he repeatedly mishandled his electronic monitoring equipment, leaving him untracked for hours at a time.

Weinstein has been spotted in recent months hobnobbing at a Manhattan nightclub, getting jeered at an actors showcase and eating at an ice cream parlour. After surgery last month to relieve back pain from an August car crash, he gave a self-pitying interview to the New York Post from his hospital room.

“I feel like the forgotten man,” Weinstein said. “I made more movies directed by women and about women than any filmmaker, and I’m talking about 30 years ago. I’m not talking about now when it’s vogue. I did it first! I pioneered it!”

Picking a jury for Weinstein’s trial could take a while, in part because immense media attention on the case could mean some potential jurors already have their minds made up. Weinstein’s lawyers tried to get the trial moved out of Manhattan, but a court rejected that.

“You don’t want people that have prejudged the case and trying to find those in something like this is going to be very difficult,” said Richard Kaplan, a Beverly Hills lawyer who is not involved in the case.

Weinstein’s trial is expected to be watched closely as a measure of the #MeToo movement’s success, and by authorities in other jurisdictions that may seek to bring charges against him.

Until now, the wave of allegations against powerful people in Hollywood and other industries has resulted mostly in the accused paying financial settlements and losing their jobs, rather than facing criminal prosecution.

The trial will also be a big test for Vance’s office. The district attorney has faced scrutiny for his handling of a prior allegation against Weinstein, as well as the decision to drop an attempted rape case against former International Monetary Fund director Dominique Strauss-Kahn in 2011.

“As a prosecutor, they want DNA. They want something firm. They want something that corroborates it,” Kaplan said. “Here, these are really old allegations. The defence is going to go after that … his life is at stake. And for the prosecution, they’re trying to really make a statement in today’s MeToo era.” 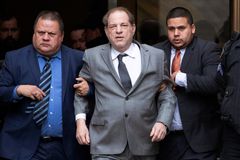 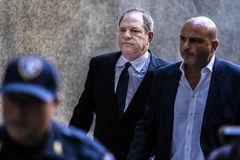 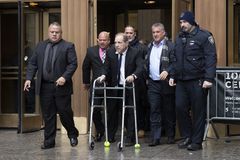