British Prime Minister Boris Johnson has moved quickly to put a pro-Brexit stamp on his first days in office and convince the country that Britain will pull out of the European Union on Oct. 31, “no ifs or buts.”

In his first address as Prime Minister, Mr. Johnson admonished critics who say Brexit won’t happen and promised to prepare for a no-deal departure.

“The doubters, the doomsters, the gloomsters – they are going to get it wrong again,” he said in an address outside 10 Downing St. on Wednesday. “The people who bet against Britain are going to lose their shirts because we are going to restore trust in our democracy and we are going to fulfill the repeated promises of Parliament to the people and come out of the EU on October 31.”

The sight of Mr. Johnson meeting the Queen in Buckingham Palace and being invited to form the next government caps an improbable journey from architect of the 2016 campaign to leave Europe, to disgruntled Tory backbencher, to 10 Downing St., the heart of British power.

It was the former journalist’s unrelenting commitment to leaving Europe this Halloween that propelled Mr. Johnson to victory in the Conservative Party leadership race, but it has raised fears among many members of Parliament and business leaders that the country could leave the EU without a withdrawal agreement, causing economic uncertainty and havoc at the border.

Several Tory MPs have already lined up against his strategy and, on Wednesday, departing justice minister David Gauke vowed to oppose a no-deal Brexit. “In my view, the only responsible way to honour the 2016 referendum result is to leave the EU with a deal, and without such a deal, I fear for the prosperity, security and unity of the United Kingdom,” he said in his resignation letter.

Mr. Johnson has said that he wants to strike a deal with the EU, but he has yet to explain how that could happen in just three months and with a minority government. He has also ruled out pursuing the withdrawal agreement negotiated by his predecessor, Theresa May, mainly because he opposes the controversial backstop provision which would avoid a hard Irish border by keeping Northern Ireland closely tied to EU regulations. Mr. Johnson has said there are other options to keep the border open, but the EU has insisted that it won’t renegotiate the deal or scrap the backstop.

Michel Barnier, the EU’s Brexit negotiator, said on Wednesday that he looked forward to “hearing what the new Prime Minister, Boris Johnson, wants [and] what are the choices of the U.K.,” but he reiterated the pledge not to reopen the withdrawal agreement. “A no-deal Brexit will never be, never, the choice of the EU. But we are prepared,” he added.

On Wednesday, Mr. Johnson said he was convinced a deal with the EU was still possible “without that anti-democratic backstop.” However, he added that “it is, of course, vital at the same time that we prepare for the remote possibility that Brussels refuses any further to negotiate and we are forced to come out with no deal … I say yes, there will be difficulties, though I believe that with energy and application, they will be far less serious than some have claimed.”

He has also begun appointing a new cabinet and he has handed key posts to prominent Brexiters, including Dominic Raab and Priti Patel, both former cabinet ministers who fell out with Ms. May over her Brexit strategy. Mr. Raab has been named Foreign Secretary while Ms. Patel will become Home Secretary, which is responsible for police, anti-terrorism and immigration.

The current Home Secretary, Sajid Javid, has been appointed Chancellor of the Exchequer. Mr. Javid, who ran against Mr. Johnson for the leadership, backed the remain side in the 2016 referendum but has become a convert to Brexit and has accepted that a no-deal departure is possible. He replaces Philip Hammond who has joined the group of MPs who oppose leaving without a deal.

More than half of the minsters who served under Ms. May have been ousted by Mr. Johnson and his main rival in the leadership race, Jeremy Hunt, who finished second, opted to resign as Foreign Secretary instead of accepting an offer to serve in a more junior cabinet role.

Mr. Johnson has also filled his office with high-profile Brexit backers including Dominic Cummings, an aggressive political operative who orchestrated the Vote Leave campaign during the 2016 referendum. Mr. Cummings has been named a senior adviser to Mr. Johnson and he is best known in Westminster for being held in contempt of Parliament last year after refusing to give evidence at a committee hearing investigating the spread of fake news. He has also been highly critical of Tory MPs who backed Brexit, calling them “useful idiots” who were “too busy shooting or skiing or chasing girls to do any actual work” during the 2016 referendum. 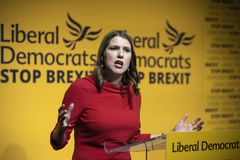 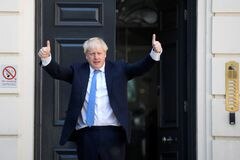 Britain’s Boris Johnson era set to kick off as incoming PM vows to follow through on Brexit promise
July 23, 2019 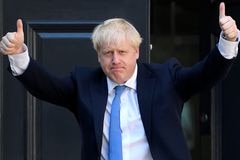