President Donald Trump asserted on Thursday that the Islamic State group has lost 100 per cent of the territory it once controlled in Syria, but U.S. officials in Washington and accounts from people in Syria said a sliver of land remains contested.

Trump made his statement to troops in Alaska during a refuelling stop on his way home from meeting in Vietnam with North Korean leader Kim Jong Un.

He noted that IS has been on the verge of losing its entire so-called caliphate in Syria for many months.

When asked about Trump’s comments, the Pentagon referred reporters to the White House.

Trump has jumped the gun on IS before. He said on Feb. 15 that “the eradication” of the IS caliphate would be announced within 24 hours. It was not, and although Pentagon officials remain confident that IS is on the brink of defeat, the struggle is not over.

U.S. and other western countries are backing a Syrian group known as the Syrian Democratic Forces, or SDF, comprised of local Kurdish and Arab fighters, who have battled IS for more than three years.

According to a U.S. assessment IS fighters and civilian residents are on in a small sliver of land along the Euphrates River. Officials say military operations have paused in order to separate civilians from the IS militants in that area.

The SDF does biometric checks on all adult-aged males to determine if they are IS fighters hiding in the population that is fleeing. Officials said that military operations to clear out the remaining IS fighters will likely restart soon and will probably take some time.

Iraqi militias said Thursday they launched dozens of missiles targeting IS militants holed up in a Syrian village across the border. This is the area along the Euphrates that has been IS’s last stand.

Acting Defence Secretary Patrick Shanahan has characterized IS in Syria as on the brink of defeat, while cautioning that measures are required to prevent its revival and return to areas of Iraq and Syria that have been liberated since 2014.

“When we talk about what’s occurred in Syria recently, it’s been the decimation of the caliphate,” he said in Brussels on Feb. 14. “And we talk about that in a military context. So, ISIS, Daesh, they no longer hold geography. They no longer govern in the spaces they once held. Their finances have been annihilated. Their ability to communicate on social media has been destroyed. You know, in that regards, they’ve been defeated.”

“Does that mean they’ve been eliminated? Are there remnants that are scattered or that are hiding in those communities? Well, they are. But that’s the nature of the next phase: How do we maintain security? How do we keep them suppressed?”

In December, Trump announced that he was pulling all American troops out of Syria, but last week he partially reversed course and agreed to keep a residual force of perhaps a few hundred troops as part of an international effort to stabilize northeastern Syria.

Trump warns he’s ‘never afraid to walk from a deal’ even as his advisers tout progress on China trade Subscriber content
February 28, 2019 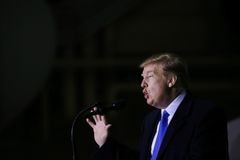 Opinion
In the U.S.-North Korea summit’s ashes, nothing – and everything – changes
February 28, 2019 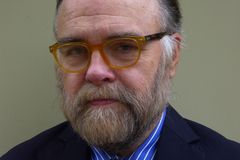 Trump doesn’t think Kim had role in death of U.S. student in North Korea, takes him ‘at his word’ Subscriber content
February 28, 2019 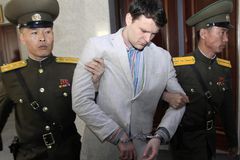