U.S. President Donald Trump’s former lawyer Michael Cohen filed a lawsuit on Thursday claiming the Trump Organization broke a promise to pay his legal bills and owes at least US$1.9-million to cover the cost of his defence.

The lawsuit, filed in New York state court, claims the Trump Organization stopped paying Mr. Cohen’s mounting legal fees after he began co-operating with federal prosecutors in their investigations related to Mr. Trump’s business dealings in Russia and attempts to silence women with embarrassing stories about his personal life. It alleges breach of contract and seeks damages on Mr. Cohen’s behalf.

Messages seeking comment have been left with the Trump Organization.

The lawsuit says the company stopped paying for his defence about two months after the FBI raided Mr. Cohen’s home and office last year. It says that was around the time Mr. Cohen began discussing privately with friends and family that he was considering co-operating with special counsel Robert Mueller and federal prosecutors.

“When it was publicly reported that I might be co-operating with prosecutors, the Trump Organization breached its agreement and stopped paying fees and costs,” Cohen said in a statement released by his attorneys.

Mr. Cohen pleaded guilty in August to tax crimes, lying to Congress and campaign-finance violations. He is expected to begin serving a three-year prison term in May.

Trump a ‘racist,’ ‘conman’ and ‘cheat.’ What Michael Cohen said in his testimony to Congress

The lawsuit said that as part of his work for Mr. Trump, the company agreed to indemnify him for his company-related work. It said the Trump Organization initially lived up to that promise, footing the bill for more than US$1.7-million in Mr. Cohen’s legal fees.

Mr. Cohen hired the law firm McDermott Will & Emery in the spring of 2017 after it became clear he was a “person of interest” in special counsel Robert Mueller’s investigation.

That firm withdrew from his case late last spring after the Trump Organization stopped paying Mr. Cohen’s bills, a withdrawal the lawsuit says “prejudiced” Mr. Cohen’s ability to respond to the federal investigations.

Mr. Cohen was one of Mr. Trump’s lawyers and closest advisers for a decade until their public split last summer.

After once bragging that he would “take a bullet” for the President, Mr. Cohen met with federal prosecutors in New York and with the office of Mr. Mueller, telling them he had lied to Congress to protect Mr. Trump and paid off two women to keep them from speaking out about alleged affairs with Mr. Trump.

Earlier this year, Mr. Cohen hired two new Chicago lawyers and parted ways with the lawyers who represented him for months as he co-operated with Mr. Mueller and prosecutors in New York. The Associated Press previously reported that the shakeup followed what a person familiar with the matter described as a dispute over unpaid legal fees.

The person spoke on the condition of anonymity because of the sensitivity of the matter.

Last week, Mr. Cohen told lawmakers he also has not been paying Lanny Davis, a lawyer who has served as an adviser and spokesman for Mr. Cohen over the past several months.

“So he’s doing all this work for nothing?” U.S. Representative Jody Hice, a George Republican, asked Nr, Cohen during his day-long testimony before the House Oversight and Reform Committee.

Mr. Cohen told Congress that the President is a racist, a liar and a con man.

Mr. Cohen has also tried crowdsourcing his legal fees. A GoFundMe page that Mr. Davis set up for Mr. Cohen after he first pleaded guilty in August has collected about US$215,000, including US$50,000 from an anonymous donor. 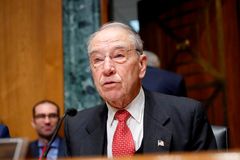 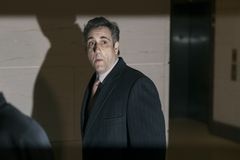 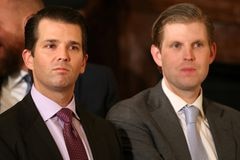