With three young kids in private school and a family-owned dental business that regularly invests in equipment and training, Sue Ellen Umali-Lee and her husband Samson Lee, are vigilant about tracking their personal and company spending.

“I have a spreadsheet where I record all of our personal and business expenses and cash flow per month,” says Ms. Umali-Lee, who manages her husband’s dental clinic, Credit River Dental Centre, in Mississauga, Ont. just west of Toronto. “My father is an accountant and I learned from him to always spend within your means and to be financially mindful; just because you can afford it doesn’t mean you should necessarily buy it.”

That’s often easier said than done for people with high incomes or net worth. While there are studies and stories about the frugal habits of wealthy people – Warren Buffett’s daily McDonald’s breakfast routine is an often-cited anecdote – there are also many accounts of out-of-control spending among the ultra rich.

American rap singer Cardi B, for instance, complained on Twitter about her US$300,000 monthly expenses. Former basketball star Antoine Walker spent much of the US$108-million he earned during his career on expensive homes, cars and jewellery and by giving away loads of cash to family and friends.

“We don’t hear too many of these kinds of stories in Canada,” says Mark Berry, a London, Ont.-based vice president and senior wealth adviser at BMO Nesbitt Burns. “However, we know from talking to our clients that lifestyle costs and other expenses can creep up fast.”

Lifestyle costs for the ultra wealthy might include luxury cars, high-end vacations and pricey entertainment such as dining out and tickets to concerts or live sports, Mr. Berry says. There can also be ongoing costs for owning a private jet, yacht or recreational properties.

“What often happens when people’s incomes and net worth increase … the things they used to think of as luxuries become necessities,” Mr. Berry says. “Wealthy people, in general, actually spend less on housing relative to their income compared to the average Canadian, but they will spend more on entertainment and luxury cars.”

Being ultra wealthy comes with ‘complexities’

Why shouldn’t wealthy people spend freely on things they want if they have the income to support it?

Chris Catliff, chief executive officer at BlueShore Financial, a banking and wealth management firm in Vancouver, says the need for wealthy people to manage their spending is a problem that elicits little sympathy. “Yet, the issue is profound because of its complexities,” he says.

Many wealthy people have “lumpy incomes,” which is funds that come in lump-sum payments a few times during the year, leaving them with thin cash flows for months at a time. For example, Mr. Catliff says some high-income earners could get a large percentage of their income in the form of a year-end bonus, as commissions paid once or twice a year, or as quarterly draws from net business profits.

Many also have their money tied up in non-liquid assets such as real estate or private company shares.

Why the wealthy also need to track expenses

Overspending can easily happen with cash-flow challenged wealthy people who typically have access to credit cards and lines of credit with high limits, Mr. Catliff says.

“One of the problems we see is people are making a lot of money and don’t think about tracking and timing their expenditures,” he says. “When the money finally does come in, they realize they’ve spent far more than what they’ve earned.”

This, of course, also happens with people making average incomes. Mr. Catliff says the risk for wealthy people is they’re more likely to overspend on higher priced, big-ticket items. An extreme example is the actor Nicholas Cage who, at the height of his career, reportedly owned more than a dozen residences, including two castles in Europe and an island in the Bahamas.

Krista Kerr, CEO at Kerr Financial Group, a wealth management firm with offices in Toronto and Montreal, says wealthy people are also often expected to make hefty cash contributions when their kids buy their first homes or start a business.

“They’re constantly being asked to help out a family member, or to make significant donations to charities or community organizations,” Ms. Kerr says. “We see lots of demands on the cash flow of people who have wealth.”

There are ways to ensure this wealth doesn’t get eroded by ill-managed spending, Ms. Kerr says. At her firm, advisers work with clients to map out and prioritize short- and long-term expenses.

“We try to bucket financial priorities by figuring out how much they’ll need conservatively for their own financial independence, how much will be allocated for kids and grandkids, how much for charitable giving and what’s left for toys and travel,” Ms. Kerr says. “We do 12-month projections three years at a time and look at what months our clients have cash-flow challenges so we can help them come up with a plan for these months, such as using a line of credit.”

This exercise also helps clients identify opportunities for savings, Ms. Kerr says. As a rule, she suggests high-net-worth individuals spend no more than 3.5 per cent of their capital.

“Try to keep withdrawals from your portfolio at or below this level,” she says. “And if you can help it, try not to borrow more than what you know is coming in to fund your lifestyle.”

Buy strategically to save money

Ms. Umali-Lee applies the “3.5 per cent rule” to her own spending. She and her husband won’t make a purchase unless they have the money to pay for it.

They're also strategic about what and how they buy. A high-end car they recently bought, for example, came from the U.S., where the sales tax is lower than what they would have paid in Ontario. This was the second time the couple had taken this approach to car buying, Ms. Umali-Lee says. They bought another car south of the border six years ago and, in addition to saving on taxes, they were able to sell it back two years later to the dealership.

“We got quite a bit of money back for that first car,” Ms. Umali-Lee says. “That was the result of us doing our research and finding out the most cost-efficient way to buy something of quality.”

She and her husband regularly consult with their accountant and financial adviser to figure out how much they should be spending each month on their family and the business. Income from the dental practice fluctuates, so there’s a different budget each month.

“Dentistry is an expensive field and we’re always investing in high-quality materials and ongoing education,” Ms. Umali-Lee says. “When I’m planning our budget, I always make sure we’re putting our money into the things that really matter not just for our family but also for our clients.” 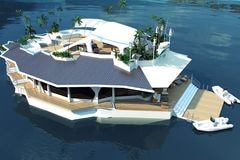 Time is money: How luxury watch collectors show off their precious investments
September 10, 2019 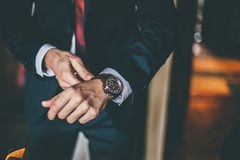 Fresh optimism on gold, thanks to 'triple bubble in stocks, bonds and real estate’
March 8, 2019 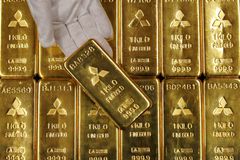 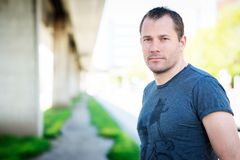