The U.S. government has laid down stringent demands for the automotive sections of a new NAFTA deal that are unacceptable to Canada and Mexico and opposed by auto makers and parts suppliers.

Washington is proposing that vehicles contain at least 85-per-cent North American content and 50-per-cent U.S. content – whether the vehicles are made in Canada, Mexico or the United States – in order to qualify for duty-free trade, industry and government sources briefed on the negotiations said Friday.

Also included is a requirement that all parts and materials used in vehicle manufacturing be subject to tracing, to verify their origin, a move designed to make sure steel, aluminum and even dashboard clocks are produced in North America.

Read more: Mexico looks to Canada for signs of commitment on NAFTA

Read more: Trudeau in Mexico: What's on his agenda, and what's at stake for NAFTA? A guide

Analysts who are following the talks closely can't decide whether the U.S. proposals are part of a deliberate strategy to scuttle the talks, allowing the U.S. government to terminate NAFTA, or a bargaining tactic aimed at making sure the United States gets a bigger share of North American auto industry jobs.

As the talks opened in August, the U.S. said it would seek tougher rules of origin and a specific U.S. content rule, but it did not reveal its numerical targets until Friday.

The proposals may be aimed less at blowing up the talks and more at making sure President Donald Trump's electoral base gets the message that he is trying to repatriate jobs, said Laura Dawson, director of the Canada Institute at the Wilson Center, a non-partisan Washington think tank.

International trade lawyer Dan Ujczo said the rules-of-origin demands are "outside the limits of what anybody expected," but he doesn't believe the Trump administration is deliberately trying to sabotage the talks. Rather, he contends, the U.S. wants to push the other countries hard to extract concessions.

"It's partly a negotiating tactic, as well as this administration's belief in having more U.S. content," Mr. Ujczo said. "I don't see it as a poison pill to get someone to walk away from the table."

Mr. Trump has claimed that the North American free-trade agreement has led to an outflow of U.S. jobs to Mexico.

Canadian and Mexican officials have said they will fight any U.S. proposal that requires country-specific content. The current rules require vehicles to have 62.5-per-cent North American content for duty-free shipment, but that content can come from any of the three countries. There is no rule mandating that a specific percentage of parts or components come from a single country.

"We are working for a good deal, not just any deal," said Adam Austen, a spokesman for Ms. Freeland.

The U.S. plan to force more investment in vehicle assembly and parts into the United States is also opposed by major auto makers and the parts industry in all three countries.

The Canadian Vehicle Manufacturers Association, which represents the Canadian units of the Detroit Three auto makers, said the current rules need to be preserved.

"Any increase in the rules of origin would add complexity, burden and cost, thus reducing Canada's competitiveness, as well as the competitiveness of the trade block as a whole," Mark Nantais, the group's president, said in a statement.

U.S. negotiators tabled their proposal Friday morning at the fourth round of NAFTA talks, three sources familiar with the negotiations told The Globe and Mail. The sources spoke on condition of anonymity to discuss confidential details of the tense talks taking place near Washington.

The clause requiring that more components be added to the tracing list means car companies and their suppliers will have to meet a tougher standard. One source with knowledge of the U.S. demands said Washington wants such components to be "verified" rather than "deemed," which means those not on the tracing list but "deemed" to be originating in the NAFTA countries.

Under the existing rules, for example, transmissions that are assembled in North America but have some content from outside the three NAFTA countries can be "rolled up" to qualify as 100-per-cent North American. The U.S. proposal on tracing would require that the value of any non-NAFTA parts be subtracted from the final value of the component.

The rules-of-origin matter is scheduled for three days of discussion, with talks Sunday and Monday.

This round of NAFTA talks, which lasts until Tuesday, is shaping up to be the toughest yet. In addition to the rules-of-origin proposal, the U.S. made another contentious demand Wednesday when it tabled a sunset clause that would automatically terminate NAFTA in five years unless all three countries agree to keep it. Such a measure would set the stage for another NAFTA renegotiation in five years – also staunchly opposed by Canada and Mexico.

On Thursday, U.S. negotiators also threw down a demand that countries be allowed to opt out of NAFTA's Chapter 11, which allows corporations to sue governments for decisions that hurt their business, sources with knowledge of the talks said. And on Friday, Washington made its first proposal on dairy: that Canada reverse a decision in the spring that made it harder for U.S. farmers to export ultrafiltered milk, a cheese-making ingredient, to Canada. The U.S. may make further demands to pry open Canada's protected supply management system for dairy, cheese and poultry.

The auto industry urged all three governments to maintain the status quo, arguing that the current system, set up over the 23 years that NAFTA has been in force, works well and allows North America to compete with Asia and Europe.

"Because it is so integrated, you can't just say it will only be Mexican jobs that are lost – it will be across the board," Mr. Wildeboer said.

Analysts and industry officials have noted that the 85-per-cent North American content rule will cause many auto makers to opt out of NAFTA and ship vehicles into the U.S. market using the most-favoured-nation U.S. tariff of 2.5 per cent instead.

Flavio Volpe, president of Canada's Automotive Parts Manufacturers' Association, said tougher rules for building cars and trucks would make life harder for auto companies in all three countries and give their overseas competitors an edge.

"It takes away flexibility and makes all of North America less competitive against Europe," Mr. Volpe said.

The lumber market is getting a fresh jolt from the latest U.S. threats of dropping out of the North American free-trade agreement.

Lumber futures rose as much as 2.2 per cent to $426.30 (U.S.) a 1,000 board feet, the highest since August, 2004. Prices have climbed almost 30 per cent this year as the United States and Canada failed to reach a trade deal on softwood. The U.S. has placed tariffs of as much as 31 per cent on imports from its northern neighbour, sparking concerns over tightening supplies.

"The trade file definitely looks uglier this week," said Paul Quinn, an analyst at RBC Capital Markets in Vancouver. "If NAFTA is off the table, it's going to be very difficult to do anything on softwood lumber."

As the latest round of NAFTA began this week, U.S. President Donald Trump mused about breaking the accord into bilateral pacts. Canada is the world's largest softwood lumber exporter, and the U.S. is its biggest market.

Opinion
With NAFTA, we need to advance our thinking about manufacturing
August 6, 2017
Opinion
NAFTA’s auto rules must be negotiated on fact, not fiction
October 3, 2017 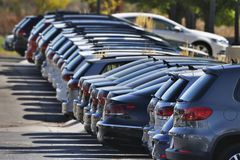 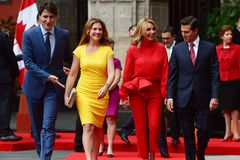